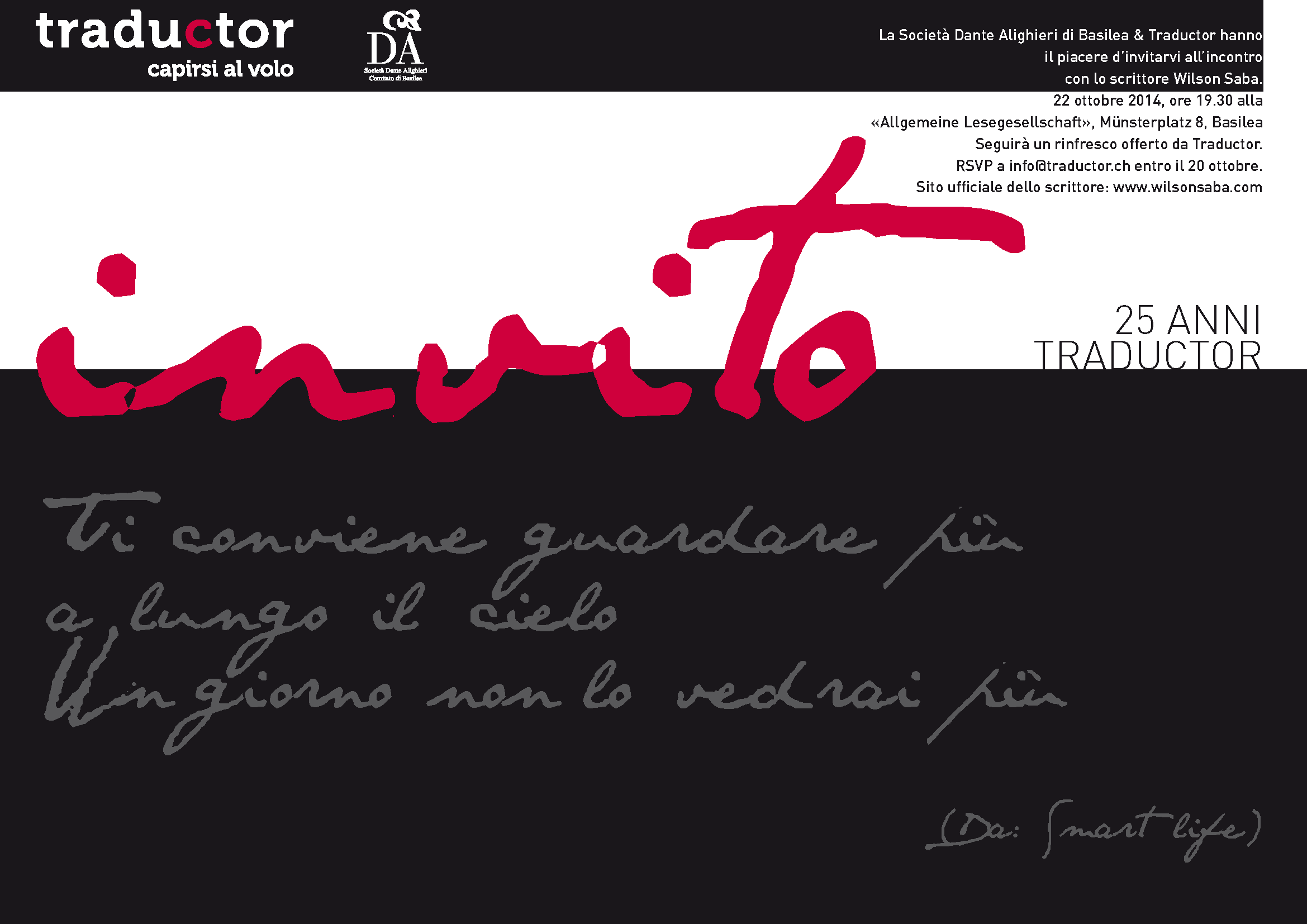 At our behest, our dear friend and well-known writer Wilson Saba has held a reading at an event organised in collaboration with our friends of the Società Dante Alghieri in Basel. The literature evening at the Allgemeine Lesegesellschaft on the Münsterplatz was a huge success. We saw out the exciting evening with drinks at the Marionettentheater. 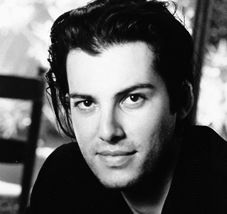 Wilson Saba was born in Sardinia and studied at the Faculty of Literature and Philosophy of the University of Bologna. He lives and works in Rome, where he co-starred in several films for cinema and television (1999-2005). After graduating, he wrote his first essay as a result of an interdisciplinary university research: a monograph on Antonin Artaud ((Il punto fosforoso. Antonin Artaud e la cultura eterna / The Fluorescent Point, Antonin Artaud and the Eternal Culture, Quodlibet).

His literary life begins in 2005: he writes his first novel Sole e baleno (Sun and Lightning) for the cultural association Il Foglio, which receives the award Piccola Editoria di Qualità in its first edition and was selected for the Premio Strega 2006 (the most important Italian Literary prize). In 2008 he published his second novel Giorni migliori (Better Days) for the publishing house Bompiani. In 2010, Figli delle Stelle (Children of the Stars) is released again by Bompiani. The novel is a collaboration with the movie director Lucio Pellegrini. In November 2013, a few weeks before the Silk Road scandal (referred to as “Amazon of Drugs”), Bompiani released the novel Smart Life, a parable about a group of minors who create a social network for trafficking drugs and other illegal substances.

In 2012, he is accepted in the circle of the Amici della Domenica (The Sunday Friends), the historical literary group, which represents the jury of the Premio Strega.