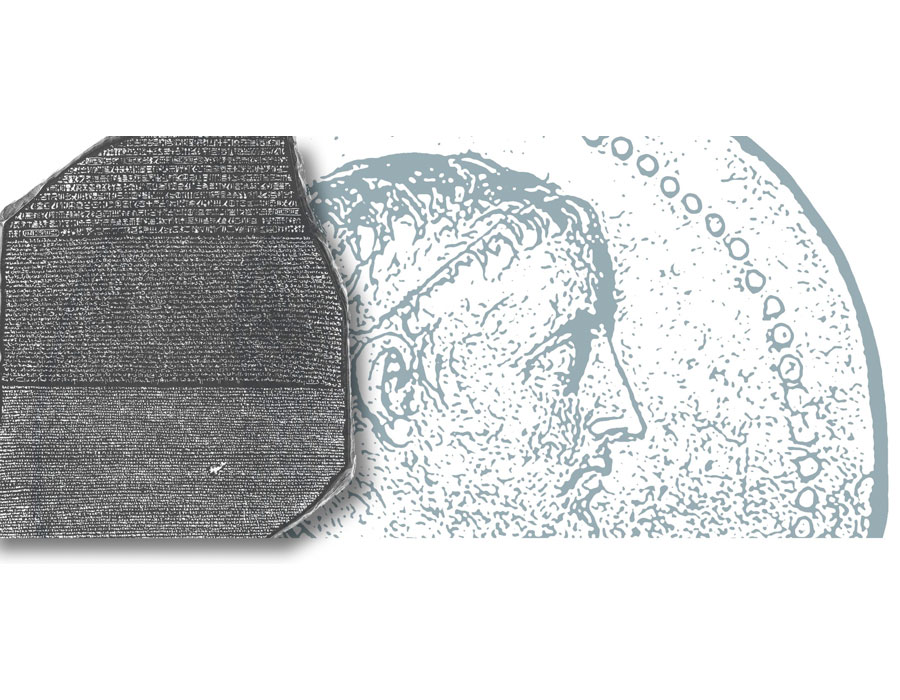 THE ROSETTA STONE – A SYMBOL OF OUR PROFESSION

The Rosetta Stone is one of the landmark discoveries in our history. Particularly for us as translators, this revelation is of unique symbolic significance.

The history of its discover

The stone was discovered by chance by French soldiers in 1799 in the ancient Egyptian port of Rosetta. There are three texts engraved into the stone in three different scripts. The Greek script is easy for the scholars to decipher. It contains a decree passed by the ancient Egyptian priests of Memphis. The second part is written in demotic script (the language of documents), and the last part of the inscription is in hieroglyphics – known as the language of the gods.

At the time the stone was found, this mystical script was not yet decipherable. However, the last sentence of the Greek and demotic scripts that could already be understood reveals that all three versions are the same text. The three texts are therefore analogous translations – they ensure that a message can be read and understood by different peoples. It took more than two decades to complete the translation and map the hieroglyphics. It was exhibited for the first time in 1801 in the British Museum in London, where it can still be found today.

The priceless discovery dates back to the year 196 BC. So the impressive source of our work as translators goes back over two thousand years in the history of the world.

The Rosetta Stone is a symbol of our profession: at Traductor it is our fervent wish that cultures and their messages should know no bounds.